Mushkegowuk—James Bay was originally to be named Mushkegowuk, but the name was changed by the legislature. It is 27 percent indigenous and 60 percent francophone. Indigenous leaders have criticized the new riding for not having a high enough percentage of indigenous people 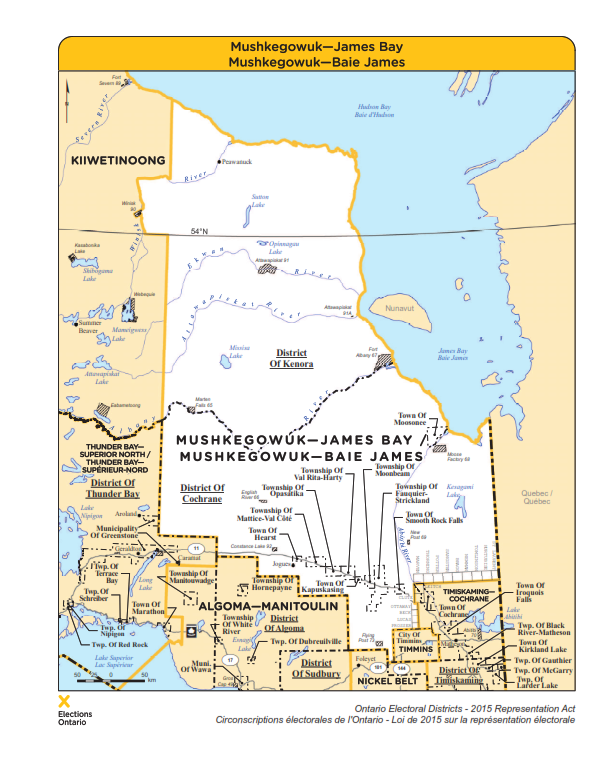