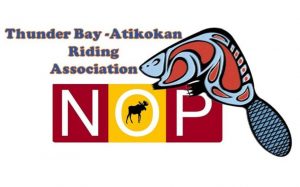 Thunder Bay—Atikokan is a provincial electoral district in northwestern Ontario, Canada, that has been represented in the Legislative Assembly of Ontario since 1999.

The electoral district was created from Port Arthur, Fort William, Lake Nipigon and Rainy River in 1999 when Ontario was divided into the same electoral districts as those used for federal electoral purposes. They were redistributed whenever a readjustment took place at the federal level.